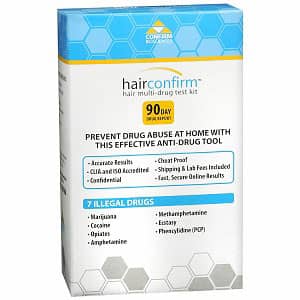 What is Hair Testing?

Hair drug testing measures the drug molecules embedded inside the hair shaft, eliminating external contamination as a source of a positive result. Since hair growth is fed by the bloodstream, the ingestion of drugs of abuse is revealed by analyzing a small sample of hair. Hair Confirm test results cannot be altered with shampoos, bleaches or other external chemicals.

To date most drug screening has been done by testing urine samples, but it is not possible to detect most drugs in urine after 48-72 hours since the majority of drugs are out of the body by then. This makes it difficult to detect drug use by random testing or to monitor the success of treatment in a clinical setting, and impossible to prove use or non-use historically.

Hair analysis is proven to solve these problems, providing a secure, retrospective window of detection. Hair can show the trend of a habit over time and accurately determine what drugs were used. Just as importantly, it will show definitively if someone has not been taking any illicit substances.

Hair testing is the most accurate and effective method of finding users of drugs of abuse. Using a small sample of hair cut at the scalp, hair analysis evaluates the amount of drug metabolites embedded inside the hair shaft.

Incorporation of Drugs into Hair

Hair grows at an average rate of ½ inch (1.3 cm) a month. Every single hair follicle has its own blood supply, which provides the hair with the relevant nutrients in order to grow. Once a drug is taken, it is absorbed into the blood stream and circulated around the body. As the hair grows, it takes drugs from the blood supply and incorporates them into the hair follicle. The drugs can remain in the hair almost permanently. A 1.5 inch section of hair can provide an historic 3 month profile of drug use or abstinence.

When compared to the more traditional forms of testing, i.e. urine testing, hair samples can detect a longer period of drug use. With urine, most drugs are undetectable if urinalysis is done more than 2-3 days after use, with the exception of marijuana, which may be detected for a slightly longer period of time. After the 2-3 day period, a urine donor will test negative and slip through the urine screening process. With hair samples, the only time limitation for detecting drug usage is imposed by the length of the donor's hair. Each ½ inch of head hair provides a 30-day history of drug use. The standard for the industry is to test 1.5 inches, which provides a 90-day history of the donor's drug use. 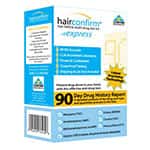