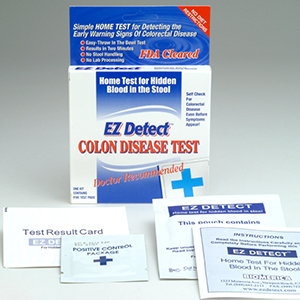 Colon (colorectal) cancer, often called the "silent killer" ranks as the second leading cause of cancer death in the United States. Colon cancer affects both men and women about equally and kills more people annually than either breast cancer or prostate cancer.

Some reasons: neglect, lack of awareness, lack of media attention, embarrassment, the "yuck" factor, too few people taking an active role in monitoring their own health to prevent this disease.

Whatever the reason, the good news is that no one has to die from colon cancer. With over a 90 percent cure rate caught early enough, colon cancer is preventable and treatable. Early detection through screening is the key.

Colon cancer deaths could be nearly eliminated if most people learn the basics, talk to their family and physicians about it, and take action to prevent it. Unfortunately, as recent government surveys and studies show, less than 40% of people who should be screened have been screened. Respondents age 50 and over to a recent survey on this site said only 51% of their doctors discussed colon cancer screening with them.

Prevention of colon cancer and other digestive disorders starts with you. It requires that you take an active role in your own health. That means know the basics:

It also requires that you engage in a regular regimen of screening, and an educated and active dialog with your health care provider so they can provide the best available preventative care.

Healthy eating habits and lifestyle can be useful prevention measures, but scientific evidence clearly weighs in favor of a regular regimen of screening as the best and most reliable form of colon cancer prevention. The goal of screening is to detect and remove pre-cancerous polyps - the source of nearly all colon cancers. A simple screening regimen, regularly used, can literally mean the difference between life or death.

Although colon cancer can strike with no warning signs, one of the most frequent and commonly the only early warning sign is blood in stool from bleeding polyps. Too often this sign is either not noticed because the blood is not visible to the human eye or not acted upon.

A healthy, normal individual does not bleed internally. If you do bleed internally, resulting in either occult (hidden) or visible traces of blood in stool, this can be a sign of colon cancer or other digestive health problem that requires immediate medical attention.

National Colorectal Cancer Awareness Month was created by the unanimously passed Senate Resolution 108. This legislation was brought about by the concerted efforts of many organizations and provides a focal point for their awareness efforts.

The resolution was prompted by a promising long-term study of 46,000 people, released in March 1999 by The Centers for Disease Control and Prevention. The study proved that for Americans over 50 and those with a personal or family history of colorectal cancer, a Fecal Occult Blood Test can help find colorectal cancer at its earliest stages when it is up to 90 percent curable.

Biomerica, Inc. is pleased to support National Colorectal Cancer Awareness Month by providing you with this web site where you can learn about colorectal cancer screening.

In just two minutes, EZ Detect™ can identify hidden blood in the stool, which can be an early warning sign of colorectal cancer. Colorectal cancer is the second leading cause of cancer death in American, but according to the CPCP study, annual use of an FOBT could prevent up to 33,000 colorectal cancer deaths each year. Ordering one now could save your life or the life of a loved one.

Some of 34 cancer information groups and celebrities involved in raising colorectal cancer awareness include the following (see their Web Sites for activities planned): 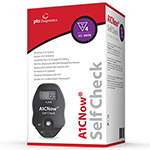 Comes in a convenient 4-test pack with all of the items you need to complete both tests. Perfect for home A1C testing.
Regular Price: $74.99
Special Offer: $74.99 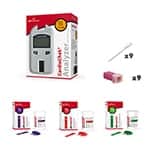 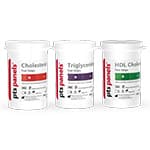